‹ Back Next ›
By Gem Alkis
Brands

Either of these sound familiar? Possibly not if you were born during the nineties or later. But that’s okay; let’s take a trip down memory lane.

I realise that nostalgia (or looking back at the past with rose-tinted specs) isn’t for everyone. Personally, I’m okay with being reminded of simpler or happier times in my life. Social media does it to me regularly by waving photos under my nose every now and then which result in a usually warm and fuzzy reaction.

Music and fashion have always evolved by bringing past trends and sounds back in a new way. Culturally, we’re constantly idealising the past and the internet provides all the inspiration needed to do so; particularly for those of us raised in the 80s and 90s as we’ve personally documented so much from those decades. TV’s The Goldbergs and Derry Girls are just two current examples.

Be it a post on Facebook or introducing your child to a TV programme you watched twenty years ago, if it’s about something you love(d), you’re more likely to share it with others.

Nostalgia is powerful and brands know it.

The French car manufacturer is currently showing off its new Clio range – and celebrating Renault’s 120th anniversary – with a 90s nostalgia activation. Click here to see the ‘showroom’ being taken to millennials.

Thierry Henry fans will also be pleased to know that he’s returning as brand ambassador and will appear in new TV idents that will appear on Sky Sports during the 2018/19 Premier League season.

Will any of the above make me buy a Renault Clio? No. But what makes this kind of marketing work are its social media sharing opportunities and positive emotional brand associations; which in turn drive business. (Car pun intended.)

McDonald’s, Coca-Cola, Pepsi, Walkers and countless others have been doing nostalgia marketing for years. Whether it’s packaging, logos, retro posters, or good old TV advertising, bringing the past back to life is a gold mine for some brands.

I recently found my old Nokia 8110 ‘banana’ phone while doing some belated spring cleaning. It still had some charge on it too! Who could resist a game (or several) of Snake after a discovery like that? Rumour has it that, like the 3310, it too will be making a comeback. Again, I won’t be rushing out to buy a new handset but here I am telling you about it… 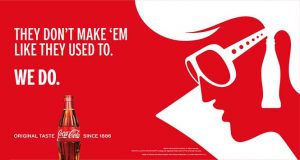 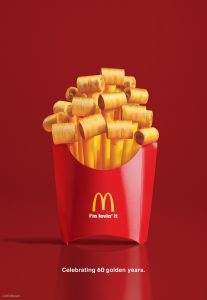 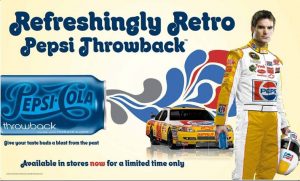