‹ Back Next ›
By Chloë Bartlem
Uncategorised

I’d been hunting quite some time for my next Netflix binge. So, when the ‘recommended for you’ email hit my inbox last month, I rushed to find out what was on offer.

Netflix suggested that Skins would be the show for me…and they were right! It’s boozy, sweary, and offers the kind of escapism that I love.

I never watched Skins when it was originally broadcast (waaaay back in 2007). But, as a Year 9 girl, I do remember hearing others talk about the parties, drugs, and lusting over Effy and Cook.

First season’s done and, so far, the flashback to 12 years ago has made me scream with laughter. I’ve also observed several things:

But that’s just the first season. I have six more to go and I can’t wait! 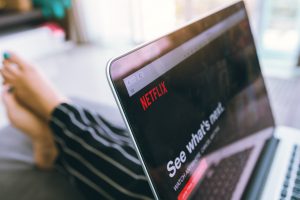